todolist#2 - Understand why the project is done (business case)

As a project manager one should understand the business case of the project. The easiest thing is to ask this question " If we dont do this project what is the impact on planet earth?". If there is no impact - then there is some problem. At this stage, find out the position of your project within the customer's game plan (Is it part of a larger program?). This will help us to relate with the project better.

As far as possible, draft the business case using data and the following ratios are most widely used;

One of my clients encountered this issue;

A project was awarded to them by their client and it was the integral part of a program with a specific market window. There were other companies working on the smaller projects of the same program. The client did not have a program manager and they assumed that the project manager of the largest chunk of the work (project) of the program will manage the smaller subcontractors. Unfortunately it did not happen. The project manager of my client completed his project on time and at the same time the smaller pieces ti be supplied by other sub contractors could not deliver on time. This resulted in the failure of the program which had a specific market window.

Who is at fault here?. Can we blame my client's project manager?. He has completed his project on time, within cost and met the scope. As per his defined responsibilities, he is not supposed to manage the smaller pieces (projects) managed by project managers of different companies.

I personally believe that it is a great opportunity lost to my client's company as well as to their client who awarded the project to them. It would have helped them if they had taken some interest to understand the objective of doing this project - except money...money...profitability of the self. 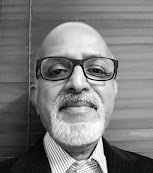